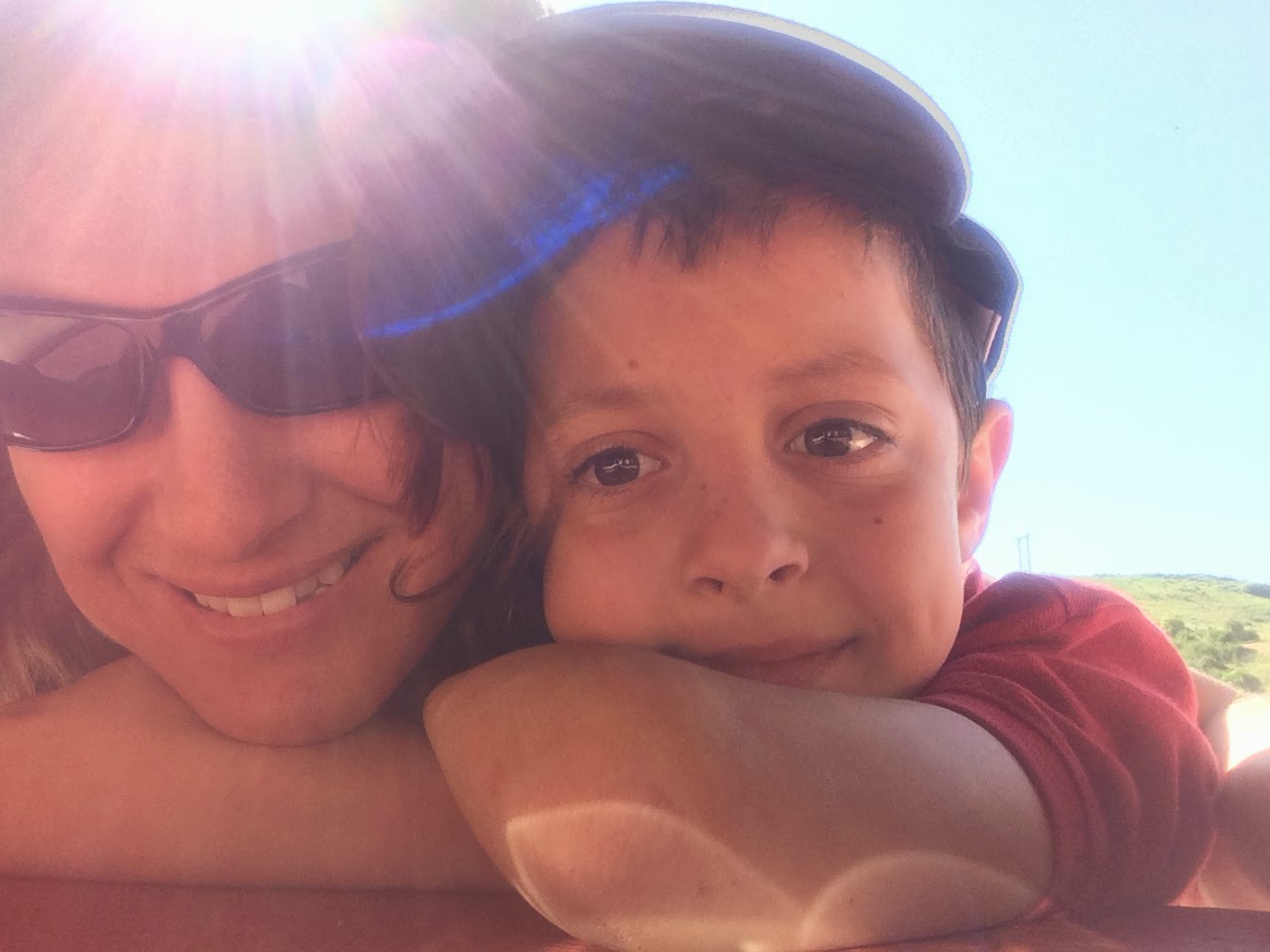 After over a year, Connor’s leg has finally started to heal! The 3 inch hole on the outside of his bone has closed and the toothpick sized bone on the other side has thickened. The cavity is obviously still there–the doc said it would take 2 years for it to completely fill in.

But for a leg that showed no measurable healing in 16 months, this is a major improvement. He is allowed to walk and run with a leg brace, but his knee and ankle were locked in place for 13 weeks, so they’re very stiff and his muscles atrophied.
It’s been very painful getting that knee to bend, and he walks with a major limp. He hurt himself yesterday so now he’s back to refusing to use his leg again.
Emotionally, he’s still struggling. He still can’t keep up with the other kids, and he gets very frustrated when he can’t do the things he wants to do. We put him back in swimming lessons.
All in all, we’ve left that horrible place we were in two months ago (since January, my husband had mono, I had whooping cough, Connor had two major surgeries and was in a wheelchair, we had 10,000 in medical bills, we put our house up for sale, my husband got a new job and is now only home on weekends, and my heart started having palpiations to the point I was getting dizzy and tired). Yes. We’ve left that horrible place (for the most part), but we still have a long climb ahead of us (I hate moving).
I want to thank all of you who supported my family during this difficult time. I don’t think you will ever realize how much it meant to us. So many of you sent gifts and letters to brighten his day–we made them into a scrapbook and when he struggles, we pull it up to show him how much he’s loved.
Thank you.

Looks like a spoke too soon. Connor broke his ankle on Monday and he’ll be in another cast for 6 weeks. He was just walking in the living room and his ankle rolled when he stepped on a blanket. That was all it took. Apparently not using your bones makes them weak.

And now I’ve broken my ankle. I need surgery because I’ve discolated it and ripped out all the ligaments and a tendon, plus they need to clean out the chips of bone. It’s going to have to wait until we’ve moved. I can’t be down for 6 months with a kid in a cast, my husband in another state, and trying to move. God help us.