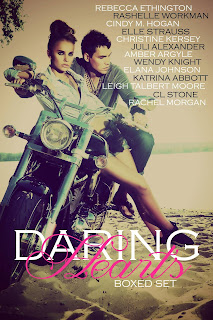 Of Ice and Snow

The middle child of the clanchief, Otec is the overlooked son in an overflowing house. He dreams of escape and adventure, so when a mysterious stranger offers both, he doesn�t need persuading. But when his faraway village comes under attack, Otec will do anything to save the people he loves. Cut off from his nation, he must trust a foreign woman with a dubious past as they race to save his clan. But nothing is what it seems, and Otec may have to trust his enemy if he is to become the leader he was never meant to be.

Destiny is not always kind.

The authors are trying to hit the NYT Bestseller list with this box set, so please oh please share on social media!