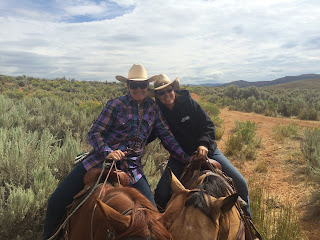 I specifically remember two years ago trying to finish up Witch Fall and feeling overwhelmed. There simply weren’t enough hours in the day. I had a four-year old daughter still at home all day, as well as two other young children. My husband had a demanding job and was gone much of the time, leaving me to raise kids and write books mostly alone.

Life was hard, and it was about to get worse. My son started suffering some serious health problems. So I quit writing. A few months later, he was better(ish) and I was behind. Then he was worse than before for six months and I was even more behind. This went on for over two years.

During that time, we moved to another state, leaving my support system behind. I had no friends. I broke my ankle and had major surgery, with a difficult recovery and lots of complications. But I still had this dream – to be a successful author. So I did what I thought was necessary. I made sacrifices. I stayed up late. I stopped hanging out with my friends. I multitasked – every moment of my day was packed.  I stopped relaxing. I stopped exercising. I stopped enjoying the simple pleasures of life. All I did was work.

My career had finally started taking off. I was making good money and people were loving my books. But while it did bring me moments of happiness, it did not make me happy. I was miserable, and guilty for feeling miserable. My husband finally had a job he enjoyed. All my publishing goals were FINALLY getting crossed of the list. My kids were doing well. We’d finally managed to wrangle ourselves into the middle-class. My son was healed and finally, finally climbing out of the depression his broken body had left him.

But my life had become a drudgery, marching myself mercilessly from one task to the next. I got seriously depressed. Like, scary depressed. I felt like I couldn’t relax, that I was simply waiting for the next crisis to hit. I shut down. Emotionally and physically, I was a mess. I knew my life was imbalanced, as I know how important a balanced life is. In my Fairy Queens Series, there’s this belief in the Balance – that everything has its opposite. Light and dark. Love and hate. Winter and summer. If the balance is thrown off, chaos ensues.

So it is with our own lives. Work, relaxation, nourishing our spiritual side, and joy need to coexist. Achieving our dreams cannot come at the expense of our happiness. 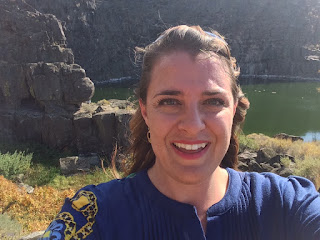 I went to my doctor and got on some medication. And while the scary depression lifted, I still wasn’t happy. It wasn’t until I was riding horses at my dad’s ranch that I finally felt joy again. And then I lost it. I wasn’t sure why or how to get it back. I only knew it was gone. Then we had some friends visit us and we went hiking. I found that joy again. And then, after 13 years, I finally had all my kids in school and had a few hours to actually write.

It was then that I realized that while writing used to bring me that kind of joy, it doesn’t anymore. I still love doing it, and I can’t imagine a life where I don’t write and publish books. But somewhere along the way it became my job instead of my release. I have to find other things to bring joy into my life. For me, that’s nature. It’s saying yes to experiences and no to cramming more work into my life (blog posts, scavenger hunts, box sets, marketing classes). It’s saying, “I don’t work in the summers. I play with my kids.”
Find the things that bring you joy and protect them fiercely.
I’m not saying I have this thing called balance down yet – some lessons have to be learned and relearned throughout our lifetimes. But to those of you who are like me (overachievers), I want you to know that you should never give up the great things for the good things.  Stop trying so hard to be great. Stop pushing yourself to be perfect. Just be.

All my love,
Amber