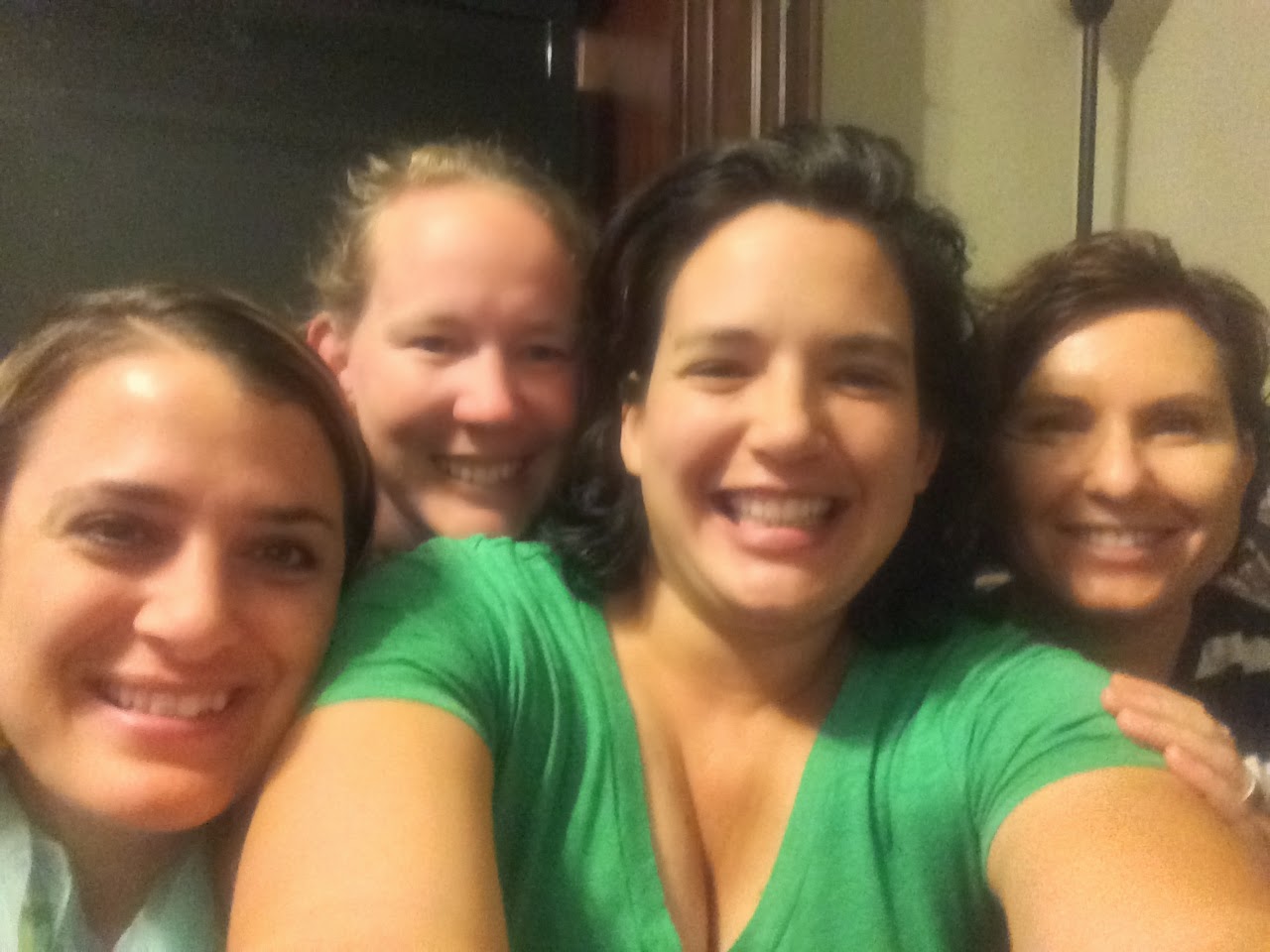 I played center on my high school basketball team, and I was an all star for the state of Utah my senior year. I’ve played since I was 11. That’s 22 years of my life.

And now I’m done. My sophmore year, I had a 3rd degree sprain of my right ankle. It was never the same, weak and prone to sprains. It got to the point that I had to wear a brace anytime I played or I hurt it. But I love hanging out with my basketball teams (one of them is pictured left, but we’re missing Lulu!). We laughed more than we played, most times. And we supported each other through some really tough times.
But this last season . . . things were different.  I’m tired of playing against girls from the local university, who outweigh me by 40 pounds and 5 inches of height and are 10 years younger and don’t have kids and jobs to deal with. I’m tired of refs that somebody grabbed on their way out the door. I’m tired of dirty players and injuries. One of my teammates had a concussion. Another broke her neck (she still has a piece of bone floating around in there and is in a lot of pain). I don’t have the aggression to play competitively anymore.
And then I went running on June 22nd. I stepped on a hose and my weak ankle gave again. Thinking it was just another bad sprain, I thought I just needed to give it time. But it wasn’t getting better. 7 weeks went by, and the pain was constant, sometimes it would stop me in my tracks, but it was always there.
Turns out I have a chunk of bone floating around on the inside of my ankle, and I tore out all the ligaments on the outside. I have to have surgery to remove the bone on the inside, and then reattach the ligaments on the outside. So they’ll have to cut it open on both sides.
And I remember my high school team–ever seen the movie “Mean Girls”? I remember my basketball coach–I swear I had PTSD after I graduated. And I just don’t have anything more to give the sport.
I’m done. And I don’t even feel bad about it.